who was professor Jérôme Lejeune?

His life and commitment

Jérôme Lejeune was born in 1926, at Montrouge, in the suburbs of Paris. In 1952, after his medical studies, he joined the team of Professor Turpin at Saint-Louis Hospital. Professor Turpin asked him to take consultations for children with a condition that was known at the time as “mongolism”.

Sensitive to the distress of these mentally handicapped children, who were socially isolated, and their families, who were blamed for their condition, Jérôme Lejeune decided to dedicate his life to them. 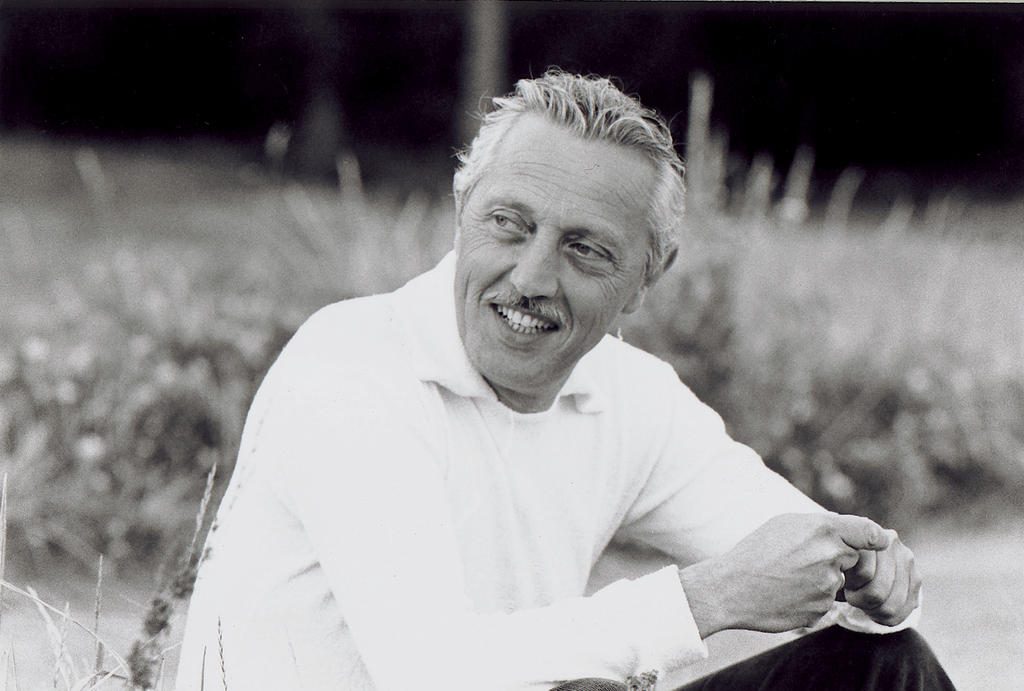 In 1958, whilst working in the laboratory of Professor Turpin, Dr Jérôme Lejeune discovered the cause of “mongolism”: an extra chromosome 21. His scientific work was published by the French Academy of Sciences on January 26, 1959 [1].

This condition, known as “mongolism” until this time and wrongly considered to be a sort of racial degeneration, was actually due to the presence of three copies of chromosome 21 in most or all of the cells of the body. For the first time in the world, a link was established between intellectual disability and a chromosomal abnormality. The parents of children with “mongolism” now knew that the disability of their children was caused by a genetic accident, referred to as trisomy 21 or Down syndrome.

In 1962, this extraordinary discovery was recognized by the awarding of the Kennedy Prize to Jérôme Lejeune, who received this award from the hands of President John F. Kennedy himself.

Subsequently, working with a number of collaborators, including Professor Marie-Odile Rethoré, Jérôme Lejeune discovered the underlying mechanisms of other chromosomal diseases, thereby founding the discipline of cytogenetics. 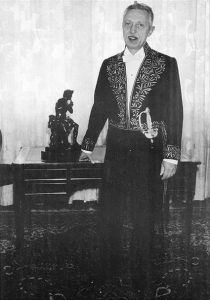 In 1964, Jérôme Lejeune was promoted to professor, the first ever Professor of Fundamental Genetics at the Faculty of Medicine in Paris. Whilst remaining highly accessible to the families of the disabled children he treated, he gave hundreds of conferences around the world.

As Head of the Cytogenetics Unit at Necker-Enfants malades Hospital in Paris, his consultation service became one of the largest anywhere in the world. Together with his team, he studied more than 30,000 chromosomal abnormality dossiers and followed several thousand people with intellectual disabilities.

Jérôme Lejeune was convinced that any advance towards a cure for one of these diseases would be the key to treating the others.

An ambition: finding treatments to cure his patients

His preoccupation was to find, one day, a way of curing these patients who came to see him from all over the world. Jérôme Lejeune performed many research programs with this goal in mind. However, much to his dismay, even though the results of his research could have driven advances in medicine towards a cure, they were principally used to screen for children carrying these diseases in the womb, often resulting in their abortion.

In 1970, a draft law proposed by Peyret, a member of the French National Assembly, was discussed. This law aimed to authorize abortion “in cases of incurable embryopathy”, such as Down syndrome. Clara Lejeune, the daughter of Professor Jérôme Lejeune, recounts “One morning, a 10-year-old boy with Down syndrome came to a consultation. He was crying. His mother explained that he had seen a debate on the proposed law on the television the evening before. The child threw himself into my father’s arms and told him ‘They want to kill us, you must defend us!’”.

Jérôme Lejeune then decided to defend his patients publicly. This commitment to the service of the weakest caused much antagonism, but also lent him a certain standing, which persists to this day. 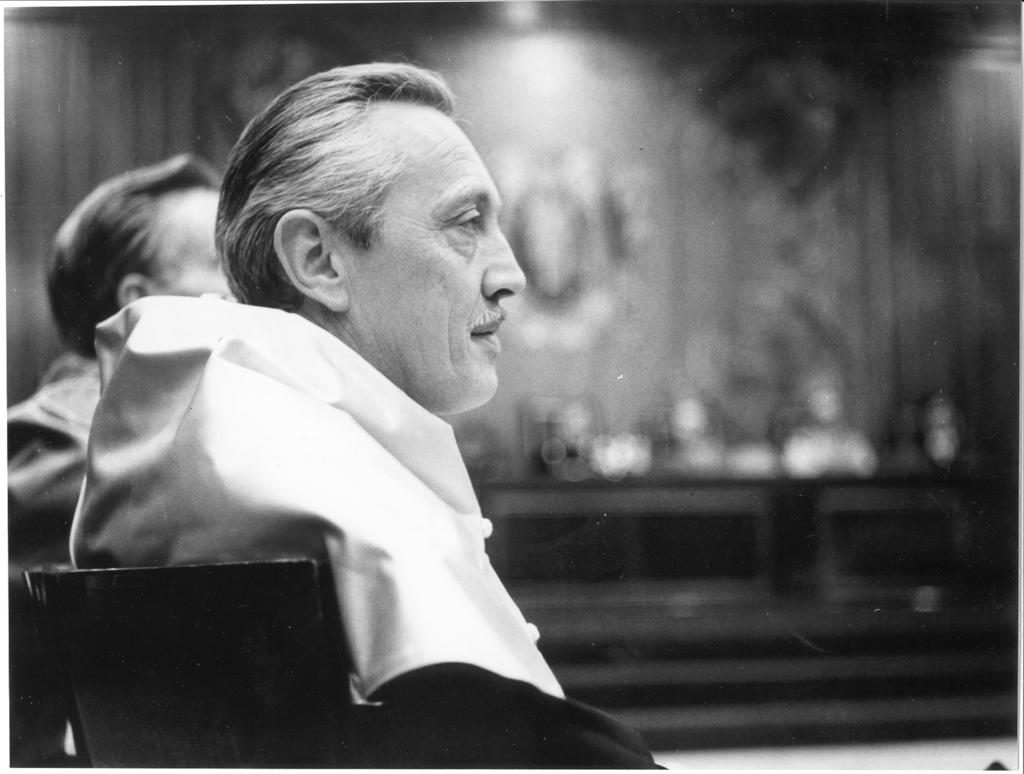 Jérôme Lejeune gave hundreds of talks and interviews worldwide in defense of life. In 1974, he was nominated to the Pontifical Academy of Sciences by Pope Paul VI. In 1981, he was elected to the French Academy of Moral and Political Sciences. In 1994, he became the first President of the Pontifical Academy for Life created by Pope John-Paul II. Unfortunately, he was suffering from cancer, and he passed away on the morning of Easter Sunday, on April 3, 1994, 33 days after his nomination.

The Jérôme Lejeune Foundation and Institute

It was with the aim of continuing the action of Professor Jérôme Lejeune that the Jérôme Lejeune Foundation was created as a private association of public utility in 1996, with three missions: Research, Care, Advocacy.

One year later, the Jérôme Lejeune Institute was created by three of Jérôme Lejeune’s former students, to continue his medical consultations and research work.

Jérôme Lejeune was born in 1926 at Montrouge, in the Parisian suburbs.

He studied medicine and became a CNRS researcher in 1952. This led him to become an international expert for France on atomic radiation.

In July 1958, during an examination of the chromosomes of a child with “mongolism”, he discovered the existence of an extra chromosome 21. For the first time anywhere in the world, a link was established between a mental disability and chromosomal abnormality.

In 1962, this extraordinary discovery was recognized by the awarding of the Kennedy Prix, which Jérôme Lejeune received directly from the hands of President John F. Kennedy himself.

In 1964, he became the first Professor of Fundamental Genetics at the Faculty of Medicine in Paris, a chair that was created especially for him. Whilst remaining highly available for the families of the disabled children he treated, he gave thousands of talks worldwide.

In 1969, his work on chromosomal diseases was recompensed by the William Allen Memorial Award.

In 1974, he became a member of the Pontifical Academy of Sciences.

In 1981, he was elected to the French Academy of Moral and Political Sciences.

In 1983, he joined the French National Academy of Medicine. He was awarded honorary degrees and was a member or laureate of many other academies, universities and academic societies in other countries.

In 1993, he received the Griffuel Prize for his pioneering work on chromosomal abnormalities in cancer.

In 1994, he was nominated as the first President of the Pontifical Academy for Life.

Jérôme Lejeune died on April 3, 1994, with the sad sentiment of having failed in his mission: “I was the doctor who was supposed to cure them and I am leaving. I feel like I am abandoning them.”

A word from Professor Rethoré

50 years on, and the message of Professor Jérôme Lejeune remains.

Fifty years on, I can still hear Jérôme Lejeune saying “So that’s what it was! They have one chromosome too many… It’s one of the smallest ones, in the shape of a V with a little plume. We’ll call it Vh.” It wasn’t until a bit over a year later that we started calling it “chromosome 21”.

“They” were the mentally disabled children who came to the consultations reserved for them in the department of Professor Turpin at Trousseau Hospital. We used to call them “mongoloids” because an English doctor, John Langdon-Down, had written about them in 1866 and described them as “typically mongoloid”.

Thirty years earlier, in 1838, Esquirol had already recognized, among the mentally disabled, “these good children who look as alike as if they were born to the same parents, and some of whom can read and write.” Convinced that we both could and should help these children and their families, he entrusted their education to a teacher, Seguin.

Despite all the efforts of doctors and scientists, the cause of this congenital disease remained unknown for more than 100 years…

His discovery of the presence of a third chromosome 21 ended the search for the cause of this disease. However, his greatest merit was demonstrating that, in these children, the hereditary information was intact, the only modification being quantitative in nature. Langdon-Down’s theory of a possible racial flaw, was thus definitively ruled out.

This discovery, published by the French Academy of Sciences in Paris on January 26, 1959, was just the start of Professor Jérôme Lejeune’s career, but it provides a very clear illustration. Essentially a doctor by training, he continually combined observation and research.

During consultations, Jérôme Lejeune took the time to analyze in minute detail the particularities of the patients and to listen to their parents. This enabled him to construct hypotheses potentially explaining how having one chromosome too many or too few could lead to mental disability. And he proposed avenues of research aiming to decrease the effects of such defects.

That was his “raison d’être” right up to the day he died, and it is ours today. Like him, “we will never give up!”

This website uses cookies to improve your experience while you navigate through the website. Out of these cookies, the cookies that are categorized as necessary are stored on your browser as they are essential for the working of basic functionalities of the website. We also use third-party cookies that help us analyze and understand how you use this website. These cookies will be stored in your browser only with your consent. You also have the option to opt-out of these cookies. But opting out of some of these cookies may have an effect on your browsing experience.
Necessary Always Enabled
Necessary cookies are absolutely essential for the website to function properly. This category only includes cookies that ensures basic functionalities and security features of the website. These cookies do not store any personal information.
Non-necessary
Any cookies that may not be particularly necessary for the website to function and is used specifically to collect user personal data via analytics, ads, other embedded contents are termed as non-necessary cookies. It is mandatory to procure user consent prior to running these cookies on your website.
SAVE & ACCEPT